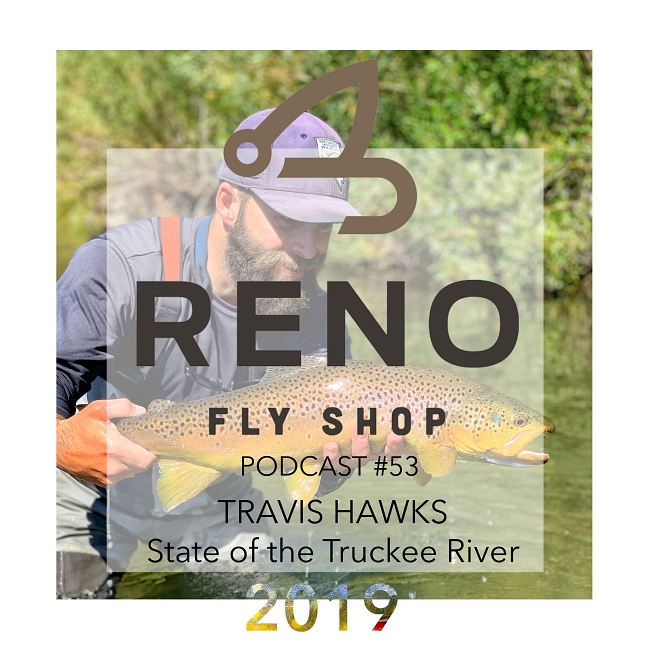 “It is amazing how the Truckee River has responded since 2015 in its recovery from damaging drought. Now in 2019 we are at or near top conditions ever recorded.”

Five years ago Travis Hawks and I got together to catch up and discuss how the Truckee River was faring in the middle of one of the worst droughts ever witnessed. Travis and I have known each other for years and as a result we could be candid and open about what Travis observed during NDOW’s annual Fall biological sampling.

Coincidentally, 2015 was also the year that I started this podcast and while our chat was less than cheery it was really good information and I felt it would make a good episode. Never quite knowing how content will be recei ved, I was surprised by the response.

Feedback was completely opposite of the data that year. People listened, shared, cared and gave us feedback. This response reinforced, to Travis and I, that we were not alone in being concerned for this great fishery and that many of us collectively wished for the end to the drought. Fortuitously that was the bottom of the barrel in terms of the drought and it started the Truckee River’s recovery to what is now probably the best biologic condition every measured.

So while not quite yet a tradition Travis and I do look forward to recording these episodes each year. I hope that you have had the chance to listen to the previous ones and can celebrate the condition our beloved Truckee River is in right now.

As I have shared in previous episodes with Travis, I really appreciate Travis’ time and effort to prepare and share this information. I am not sure there is another wildlife agency that is so transparent and forthcoming with their collected data. I believe this transparency reinforces that NDOW cares and is taking proactive steps to manage, protect and enhance the Truckee River and it’s fishery.

So settle in and get ready for a great episode, jam packed with data and discussion on our great Truckee River.

2015 STATE OF THE TRUCKEE RIVER PODCAST

2016 STATE OF THE TRUCKEE RIVER PODCAST

2017 STATE OF THE TRUCKEE RIVER PODCAST

2018 STATE OF THE TRUCKEE RIVER PODCAST