“The ocean is in my DNA and sets the rhythm of my life.”

Today’s guest, Captain Conway Bowman, can best be described as a Waterman. A person whose life is heavily influenced and actually defined by water and watery environments. He fly fishes, surfs, spearfishes, body surfs and let’s his life be defined by the rhythm of the ocean. 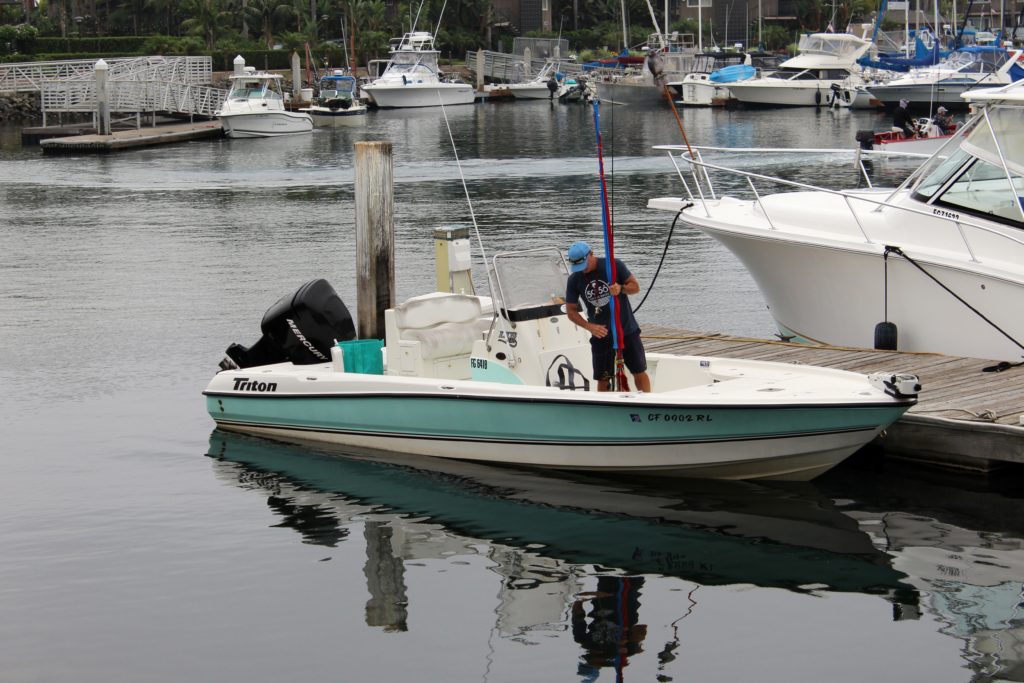 Conway grew up in San Diego, California and was enjoying the outdoors with his father and family at a very young age. His family would vacation in central Idaho and that is where Conway was first exposed to fly fishing. Young Conway brought that experience back to San Diego and being far from any trout fishery focussed his attention on the ocean which was just outside his backdoor. This attention to the Ocean and flyfishing began to define who and what Conway is.

About 20 years ago he was able to focus his lifelong interests in the Ocean and fly fishing into chasing Mako Shark on the fly. Now, 20 years later he is still chasing Mako, guiding and putting clients on the largest fish they have ever caught and in this process often changing their lives. 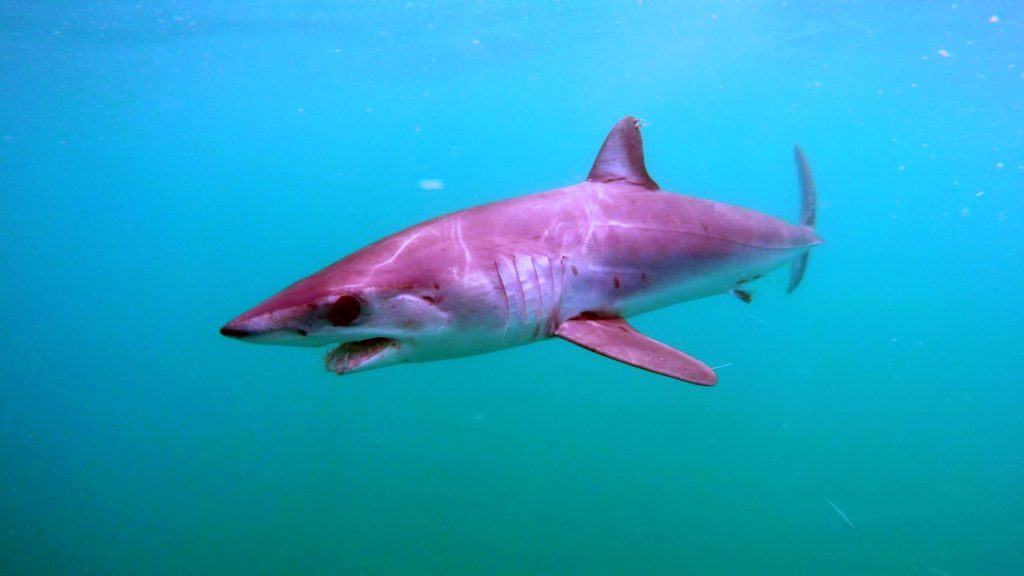 I had the chance to fish with Conway in July 2018 and it was unlike any fly fishing exerience I have had before. I believe fly fishing for Mako Shark with Conway can best be desribed as being Mellow and Intense at the same time.

Our day fishing with Conway was just three of us on the water in his 24 foot bay boat and surrounded by the vast Pacific Ocean. Time went by as we drifted in current and spread the chum slick which acted as a dinner bell for the Ocean life. As we settled in we saw blue whale, sea birds, jellyfish, Bonita and Yellowfin Tuna, alone, well worth the effort to be on the water. However, soon the shark show up and we got ready to have our shot.

Things at this point for us were still on the Mellow side of the scale. Conway’s demeanor and personality suggested that we didn’’t need to rush or move fast while picking up the 14 weight fly rod and casting what looked like a feathery wet sock at a 100 pound Mako Shark. Not until the Mako circled, charged, dove and then ambushed the fly from below did the scale quickly tip to Intense . And then it got really intense really fast. 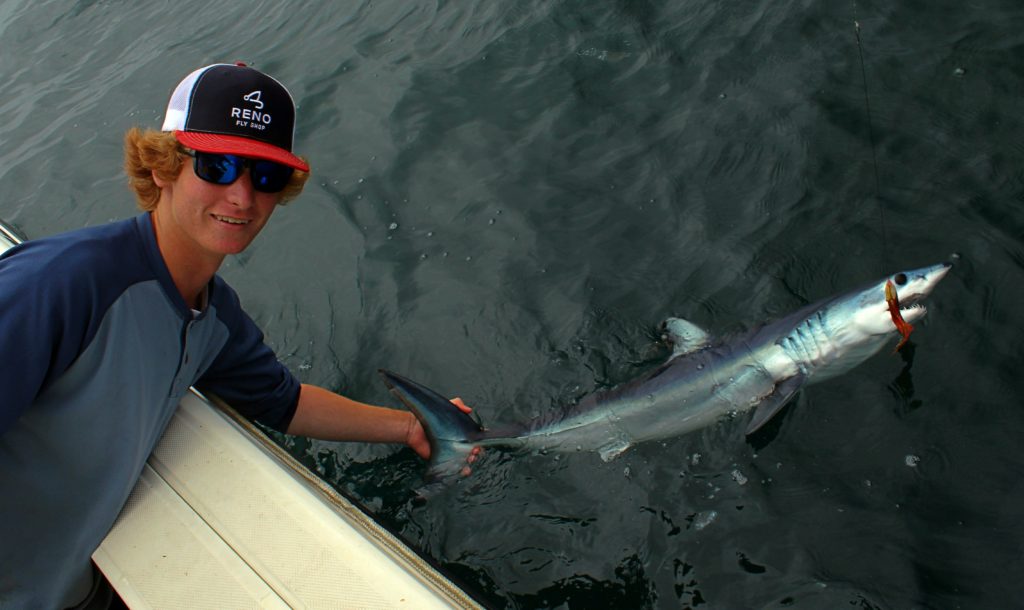 Mako Shark are known for going absolutely berzerk when hooked and it is not uncommon to have them jump 10, 20 even 30 feet out of the water. This is not a jump out of the water and flop onto their side sort of behavior. This is the launching out of water like a ballistic missile then flipping head over tail before landing.

I hope you enjoy.